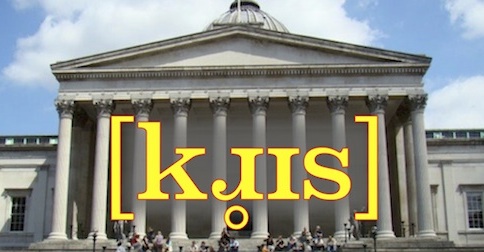 Already it’s week 2 of UCL’s Summer Course in English Phonetics, and we can go into a bit more detail on points we covered in week 1.

Last week I used the name of Paul Carley to discuss the aspiration of the English voiceless plosives /p t k/, as in [kʰ]arley. (The square brackets indicate that we’re showing finer detail than in ‘phonemic’ dictionary transcription.)

Now we can turn to our tutor Cris Chatterjee, whose first name begins with the consonant cluster /kr/:

As in [kʰ]arley, the /k/ is followed by an extended voiceless period before voicing starts (or ‘positive voice onset time’). This means that a good part of the /r/ is devoiced, which we transcribe phonetically with the symbol [ ̥] as in [kɹ̥ɪs]. (The rotated [ɹ] is the postalveolar kind of /r/ that occurs in English; it’s normally an approximant but here quite fricative.) You can hear the devoicing if I extend the [ɹ̥] in Cris:

And here is the [kɹ̥] portion alone:

The approximants /w r l j/ undergo some degree of devoicing whenever they occur after /p t k/ at the start of a word or stressed syllable, eg twin, queue, apply. Although we transcribe devoicing with a different symbol from the aspiration mark [ʰ] used before vowels, the phenomenon – delayed onset of voicing – is essentially the same. 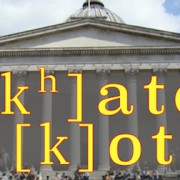 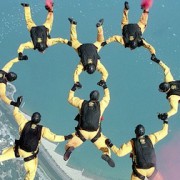 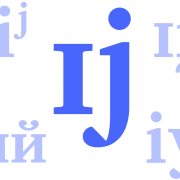 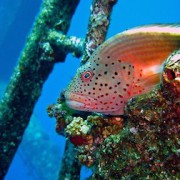