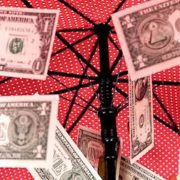 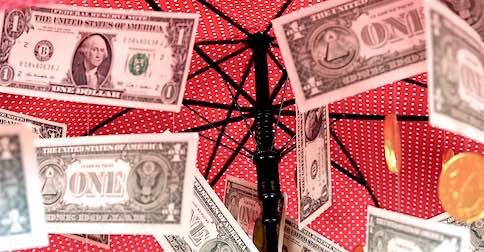 I often ask those I teach to read aloud the text Arthur the Rat. As explained by Michael MacMahon of Glasgow University, this began as a children’s story by Gertrude Sellon, published in 1876. She told it (literally) “in words of one syllable”, so the rat’s original name was not the disyllabic Arthur, but Grip. The phonetician Henry Sweet adapted the story for his Primer of Spoken English (1890), and it was subsequently developed by others so as to reveal various aspects of the reader’s speech.

Sweet’s second paragraph begins one day, but in the modern version it’s one rainy day. This is a phrase which I hear many non-natives reading differently from the typical native pronunciation. Here are some readings by non-native speakers:

Each of those speakers puts more emphasis on rainy than on one: there’s a step up in pitch from one to rainy. Native speakers, on the other hand, are likely to make one at least as prominent as rainy, often more so. Here are some readings of one rainy day by native speakers: first the British phoneticians David Abercrombie and Peter Ladefoged, then the American phonologist Bruce Hayes:

Those readings are not identical, but in all of them the word one is given a rather high pitch and the word rainy is no higher. Just to show that this is not an artificial pronunciation by professors, here are some American students doing the same thing:

Numerals (one, two, three etc) are generally strong in English. They’re often accented, so that they stand out in the intonation contour. (This makes one very different from the indefinite article a(n), which is generally very weak, whereas in many languages they’re the same word.) Furthermore, when an English phrase contains three stressed words, the middle one is often made less prominent than the first one and the last one, giving eg one rainy day.

The same can be found with other phrases in which one (or any numeral) is followed by an adjective plus a noun. Below are some examples; notice, in the cases where one is preceded by other words, that the pitch steps up onto the word one:

Another post in which I deal with one is I have one question.

To two
Scroll to top