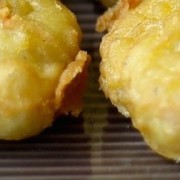 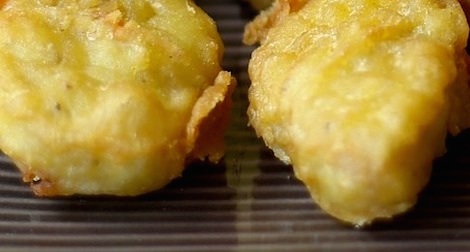 Italian phonetician (and expert on medical English) Alex Rotatori has drawn my attention to a TV campaign by McDonalds in Italy. It apparently promotes ‘great testes (= testicles) of America’:

This is an American epidemiologist saying testes and kidneys:

And you can hear the similarity when the two testes are placed side by side:

But if you watch the actual ads, such as this one

you’ll see that the McDonalds campaign is actually for Great Tastes of America.

In native pronunciation, the final e of words like taste has been silent for centuries, functioning only to transform the preceding vowel. (Think of the difference between tap and tape, mad and made, past and paste.) To pluralize taste, we add only an s, like cat > cats, and no extra vowel. Transcriptions are here.

We can hear native tastes in McDonalds’ parallel campaign in Britain. The voiceover says ‘Great Tastes of America is back at McDonalds’:

(Note that ‘Great Tastes of America’ is treated as a singular, and r is used between America and is, standard practice in England. The music is Jerome Moross’ theme to The Big Country.)

You can compare the two testes with tastes here:

Tastes is a complex structure containing a tense vowel or diphthong followed by three consonants, s, t, s. The t is often lost, creating a long sː, but in the British ad above, the speaker (probably Dexter Fletcher) does produce two short s sounds separated by a very brief t. So, for non-natives, pronouncing tastes is tricky and may require practice; but transforming it into testes will strike native listeners as just plain nuts.

Them
Scroll to top