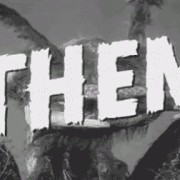 Many of the most common little words of English are usually pronounced with a weak, colourless vowel ‘schwa’, /ə/. This happens in British, American and many other Englishes. Listen to the, a, of, at, that, and, than, from an American TV news report:

Here, extracted from those clips, are the weak words:

Another word commonly pronounced in this way is the pronoun them. Here are some examples, this time from British TV:

However, I often hear Americans pronounce them strongly, with its full vowel, in contexts where I would certainly say it with weak schwa. For example, them occurs twice in the American news report above, and both times it is /ðɛm/, not /ðəm/:

Why would them be pronounced more strongly, at least by some speakers, than the other little words illustrated above? The answer, I think, is to do with rhythm and grammar. Weak words typically ‘lean’ on following strong words, to which they are tied grammatically. This is true of the articles, prepositions and conjunctions above, eg the‿new standard, that‿all hoverboards, of‿at‿least.

But the object pronoun them is tied to the verb or preposition that precedes it. Often them is the last word in the utterance. Note that most of the usually-weak words become strong when nothing follows for them to ‘lean’ on, eg ‘She looked /ət/‿Fred’, but ‘Who did she look /at/?’

So perhaps, as time goes by, the weak form of them will be used by fewer speakers, across various accents of English.

The written form that corresponds to more than one word. The conjunction, as in ‘books that Joe likes’, usually contains /ə/, while the demonstrative forms, as in ‘Joe likes that book’, always contain /a/.