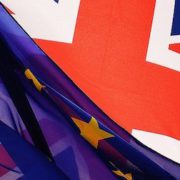 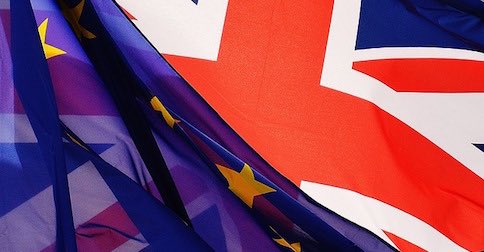 Every weekday I tweet (via @CUBEwords) a topical word from the day’s news, with phonetic transcriptions from the CUBE dictionary. This week I was about to tweet Euroscepticism when I hesitated, unsure about the location of the word’s main stress.

My first instinct was to put it on Euro-, making EUroscepticism. I checked Oxford Dictionaries (not many other dictionaries contain it), and was reassured to find that its transcription agreed with me:

The site Forvo.com, where users contribute their own pronunciations, has two recordings of the word, one by a Scot and one by an American, and they both give the main stress to -scepticism:

Now my confidence was shaken, so I consulted my Facebook friends, who unanimously agreed that the main stress is on -scepticism, not Euro-. I also asked them about a similar word with the same number of syllables, Eurocommunism; they were more willing to give this word early stress: EUrocommunism. By contrast, Oxford Dictionaries gives this word late stress: EuroCOmmunism!

Many English words have a first part which, like Euro-, comes originally from Greek, eg aero-, astro-, bio-, geo-, hypno-, meno-, micro-, neo-, neuro-, photo-, psycho-, techno-. The stressing of such words is complex but not random.

If the second part of the word (the ‘head’) is just one syllable, then the word generally has initial stress: MEnopause, NEonate, PHOtograph, PSYchopath, etc. But if the head has more than one syllable, the stress depends more on the meaning category to which the word belongs.

For instance, words for scholarly/technical disciplines/practices are generally late-stressed: bioCHEmistry, hypnoTHErapy, microecoNOmics, psychoPHYsics. The same applies to substances, like hydroCORtisone, and diseases, like microCEphaly. As expected, biotechNOlogy is late-stressed but, if the head is abbreviated to one syllable, it becomes early-stressed: BIotech.

In words where the head noun is not scholarly but common and ‘everyday’, the stress is generally early. Most such words are relatively recent coinages: BIofuel, Ecowarrior, EUrovision, LIposuction, MIcrobrewery, PHOtocopier, PSYchokiller, etc. Many have one-syllable heads and so would be early-stressed anyway: Astroturf, GAstropub, MIcrochip, MOnorail, PHOtoshop, etc.

I suspect that Euroscepticism and Eurocommunism are somewhat indeterminate because they’re torn between the late stress of the more scholarly, technical words and the early stress of the recent, more everyday coinages. It may also be that English speakers would rather not have the main stress six syllables from the end of a word.

If Eurocommunism is more likely to be early-stressed than Euroscepticism, the explanation may be related to a distinction between what have been termed ‘ascriptive’ and ‘associative’ meanings. In early-stressed words, the first part often ascribes a property to the head noun: a microbrewery is small, a monorail is unitary, a biofuel is a fuel which is (or was) alive. This is rarely the case with the late-stressed words: microeconomics is not itself a tiny science, biochemistry is chemistry applied to living things, psychophysics deals with the relation between physical and mental phenomena. Eurocommunism is somewhat more ascriptive, referring to communism which is European. Euroscepticism is more associative, referring to scepticism about (the union of) Europe.

Of course, the stress on all the words discussed above can be shifted due to context, emphasis, etc. In this post I’m discussing the default stress patterns which are used in isolation.