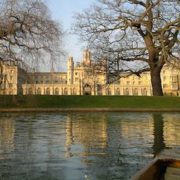 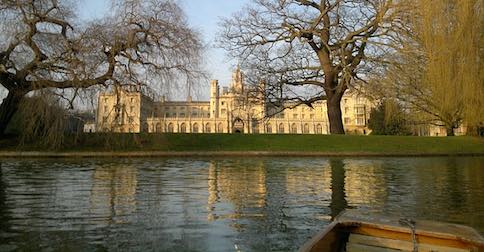 Students of English soon learn that the letter a often has a pronunciation different from that in other languages. Examples are the English name of the letter A, and words like baby, name, latest and face. Phoneticians often refer to it as the FACE vowel. Its Standard Southern British pronunciation can be transcribed ɛj or ɛi, and is notated in many sources as /eɪ/.

The circumstances under which a has this pronunciation are rather complex, but here I want to mention two words which are widely mispronounced, ancient and Cambridge. These both have the FACE vowel, despite the fact that other words with the spellings anci and ambr do not. Words with anci include financial, rancid, dancing, fanciful. Words with ambr include Ambrose, ambrosia, Alhambra, Cambrian.

Here are native speakers demonstrating the FACE vowel in ancient:

and in Cambridge (the first syllable of which is like came):

Note that the River Cam on which Cambridge lies is pronounced more straightforwardly, with the short TRAP vowel, as in camera and camp:

(Cambric, a rather old-fashioned word for a type of cotton cloth, is supposed to have a pronunciation with the FACE vowel, but now seems more likely to be pronounced with the short TRAP vowel. The same applies to the geological world Cambrian.)

A little training
Scroll to top