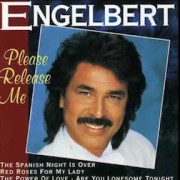 This came up during the short course I’ve just given in Helsinki, in connection with words whose spelling ends -ease. The most common examples are divided roughly equally between those which have /s/ and those which have /z/. (Several of the course participants’ mother tongues – Finnish, Russian, Estonian, Swedish – lack a contrast between final /s/ and /z/.)

The /s/ words include release and lease; crease, increase and decrease (both verbs and nouns); also grease, cease and decease(d):

The /z/ words include please and displease; disease, ease and unease (as well as easy and uneasy); and also appease and pease:

You should be able to hear that final /s/ is stronger and longer than final /z/, while the preceding vowel, conversely, is shorter before /s/ and longer before/z/. If you can’t hear it, listen to the above clips until you can. You can also use Engelbert’s song as a reminder of the vowel length difference: Pleeeeeeeaaaaze releaSe me.

Not included in the above are specialized words referring to enzymes, such as nuclease and protease, which are trisyllabic and end in /z/: nu-cle-ase, pro-te-ase:

An wholehearted assurance?
Scroll to top