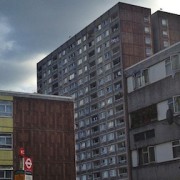 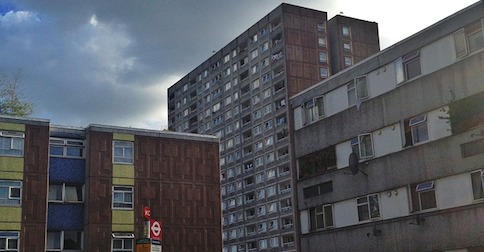 In England, the word estate is probably most often used to refer to a housing development. It’s especially associated with ‘council estates’ of public housing. Equivalent terms in use elsewhere include housing scheme (Scotland) and housing project (North America). Unfortunately, such estates are linked in many people’s minds with higher crime rates.

Recently a Facebook friend of mine who lives in the London area had his motor scooter stolen; he subsequently posted this announcement:

I confess that my first thought was of an abandoned bike on a council estate. But then I remembered that my friend’s first language is Spanish. Spanish doesn’t allow words to begin with /s/ plus a stop consonant, preventing this by adding an initial /e/. So for Spain, student and scandal, Spanish has España, estudiante and escándalo. At that point I realized that my friend wasn’t referring to the bike’s location, but rather to its condition – its state.

It’s particularly tricky for speakers of Spanish (and other languages) to pronounce s + stop clusters when another consonant precedes. If this includes you, you should practise the difference between what estate

Make sure you link the words what and state, so the /s/ is pronounced as if it were on the end of the first word, like watts. Here it is again, very slowly:

Some readers may be more familiar with the older term country estate (eg the fictional Downton Abbey). It’s possible that the modern use of the word estate was carried over from the country estates on which some housing developments were built.

Another modern British use of the word estate is for a car with an extended roof at the rear, equivalent to station wagon elsewhere.

Paves the way
Scroll to top