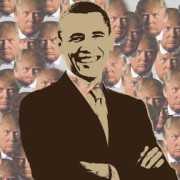 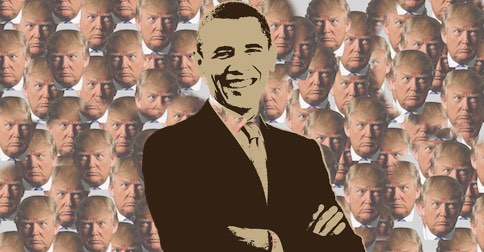 On Monday US President Obama commented on the campaign to select the Republican Party’s nominee for the November general election. He complained about its divisive rhetoric, pronouncing divisive with the lax vowel ɪ in its stressed middle syllable (4:54):

This is a pronunciation he’s quite well known for in America; thanks to the high profile of the Republican campaign, it may be reaching some international ears for the first time.

It’s a rather irregular pronunciation. There are only four or five words in general use whose spellings end -isive: decisive, derisive, divisive, incisive and indecisive. Setting aside the Obama pronunciation, all of these have the ‘long i’ of PRICE, as the CUBE dictionary shows (the symbol # searches for the edge of a word): 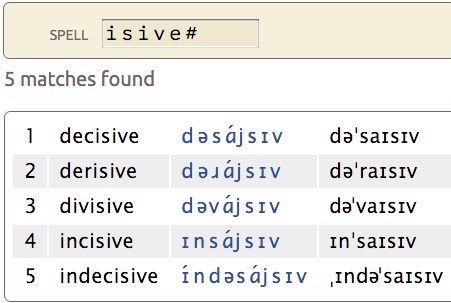 The ‘Obama pronunciation’ of divisive aligns it with words spelled -issive, of which the three most common by far are dismissive, permissive and submissive. Here they are in CUBE, with internet frequency counts: 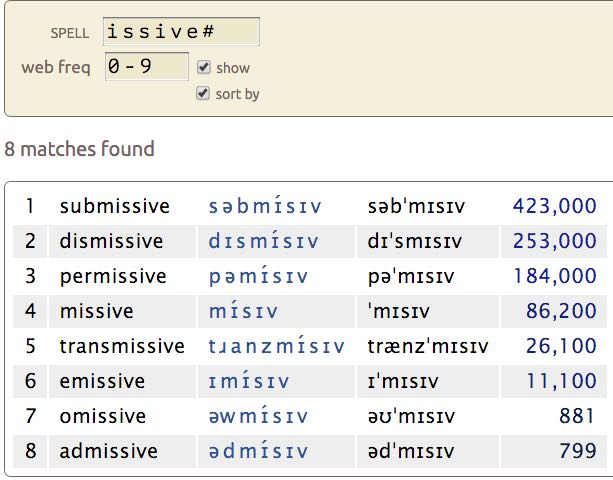 Divisive with ɪ may have come about by analogy with division. All words whose spelling ends -ision have the lax ɪ vowel. The most common: 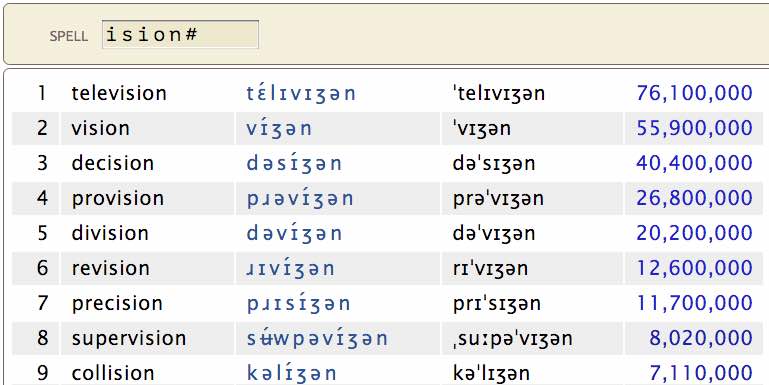 I can’t recall hearing divisive with ɪ in the UK, but in the US it’s certainly not restricted to the President. A search on Youglish.com reveals a fair number of other speakers using it (and a few pronouncing the s as z):

But occurrences with the long PRICE vowel outnumber them about three to one:

Even President Obama has been heard to use this majority pronunciation, as Ben Yagoda has pointed out. But the boost he’s given to divisive with ɪ has made some people rather… indecisive (40:35):

If you don’t read this, you won’t get these words right
Scroll to top