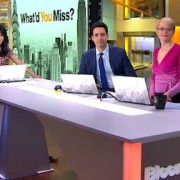 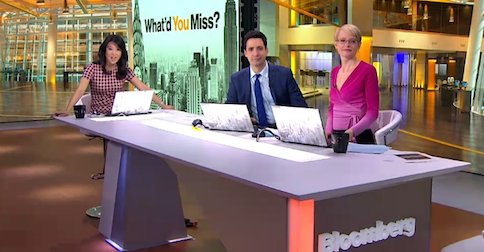 This week I came across a show on Bloomberg television whose written title I misinterpreted. The show is What’d You Miss? What might the contraction ’d stand for?

In a previous Words of the Week post, I listed contractions common in native spoken English, including ’d as a contraction of either had or would, eg

I guessed wrong. It turns out that the show begins at the daily closing bell of the New York Stock Exchange, and discusses the investment opportunities of the day just finished. The title means What did you miss?

This contraction of did is indeed possible, though it’s more informal in style; and this is why I didn’t list it in the earlier post. But there’s an interesting further aspect to the pronunciation. When ’d stands for had or would, it’s generally pronounced /əd/ after /t/ and /d/, with an inserted vowel, eg:

It’d already finished (had)
That’d be good (would)

What’d you miss? (would)

But when ’d stands for did, it may be pronounced not as /əd/ but as a simple /d/ attached to the start of the next word. So What’d you miss? can sound the same as What d’you miss? from What do you miss? (also rather informal). And this is the way the show’s presenters say it:

Personally, I’d prefer to write such a pronunciation as What d’you miss? rather than What’d you miss?, as it’s closer to the pronunciation. During my years as a professional writer of screen dialogue I would probably have used the former. But perhaps the latter spelling is more established in America. Of course, since these contractions are informal, they’re not written that much at all.

The second of the TV hosts in the clip above turns d’y into /dʒ/, by a process which phoneticians call ‘yod coalescence’. This shows that the residual form of did is attached to the start of you, and not to the end of what.