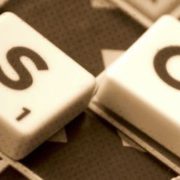 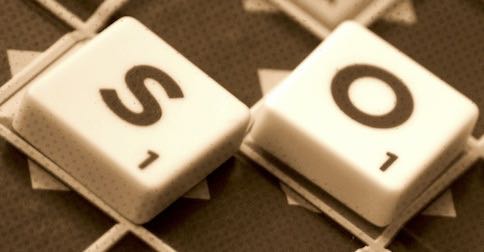 A new use of the word so has arisen. Traditionally, so introduces an idea which follows from what precedes. Definitions in Oxford Dictionaries include ‘therefore’, ‘and for this reason’, ‘with the result that’. For example, I sometimes use so to begin the last paragraph of my posts – introducing a conclusion which follows from the facts I’ve presented:

But in a newly fashionable use, so introduces answers to questions. More widespread in the US but rapidly catching on in Britain, it’s particularly noticeable in TV and radio interviews. A couple of British examples:

Q: What happened?
A: So this is a political game.
Q: What did you think?
A: So, there were elements of this that I really did love.

Before this fashion arose, such speakers may have introduced their answers with well instead. Well is described by dictionaries as ‘used to begin a story or explanation’ (Merriam-Webster) or ‘to show that we are thinking about the question that we have been asked’ (Cambridge).

Question-answering well is slightly informal: it has an air of improvisation, sometimes indicating that the speaker is thinking up an answer on the spot,

rather than knowing the answer already. But so, as we’ve seen, is associated with conclusions that follow from known evidence – which suggests not improvisation but rather command of the facts.

It’s perhaps unsurprising, then, to hear this new, question-answering so in formal settings, from speakers of seniority. Here is Janet Yellen (69), Chair of the US Federal Reserve, described as the most powerful woman in the world, testifying before Congress:

Q: Would it make sense to you to give enormous tax
breaks to the families of the top one percent?
A: So, I’ve indicated that I share your concern
Q: Can you honestly say that J.P. Morgan could be
resolved in an orderly fashion?
A: So, the living will process is something that’s
intended to be iterative
Q: Is that true?
A: So, I’m not sure if that’s true
Q: Have we gone over into an oligarchic form of society
in which incredible economic and political power
now rest with the billionaire class?
A: So, all of the statistics that you’ve cited are ones
that greatly concern me

So, will so replace well?

It seems that the question-answering so is more often followed by a pause or intonation break than the traditional ‘therefore’ use. Even with its less improvisatory air, it clearly can be used (like well) to buy time.

Kudos to Bezos
Scroll to top