You are here: Home1 / intonation 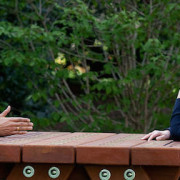 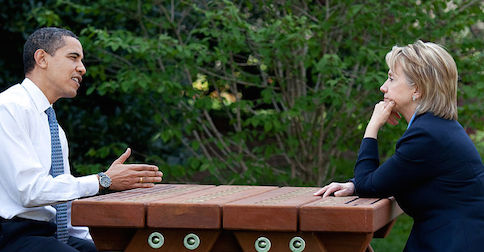 There’s much talk in the English-speaking world about political succession. To succeed in this sense is to come after another in a series, while to precede is to come before. Jeremy Corbyn has succeeded Ed Miliband (his predecessor) as leader of Britain’s Labour Party, and this week the Conservative Party’s conference prompted discussion of who will succeed Prime Minister David Cameron. Meanwhile there’s increasing media coverage of America’s long process to find President Obama’s 2016 successor.

With their parallel meanings, you might expect predecessor and successor to have parallel stress patterns. But they don’t. Successor is stressed on its middle syllable, suc-CES-sor or /səkˈsɛsə/:

Many non-natives apply the same pattern to predecessor, but in native speech it’s generally stressed on the first syllable, PRE-decessor. Also, the vowel in the first syllable of this word is different in America and Britain: Americans generally use the DRESS vowel, as in President and preference, while Brits use the FLEECE vowel, as in previous and precinct: AmE /ˈprɛdəˌsɛsɚ/, BrE /ˈpriːdəˌsɛsə/:

The mark /ˌ/ in the transcriptions above indicates a ‘secondary’ (weaker) stress on the penultimate syllable of predecessor. Many dictionaries don’t show it at all; you shouldn’t be misled by it into making the syllable prominent in your intonation contour.