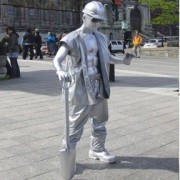 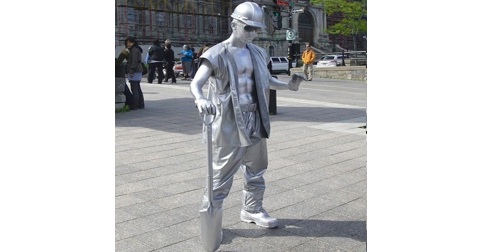 He still wasn’t satisfied. “There’s bath and bathe,” he said; “why isn’t it path and pathe?”

This was ingenious but off the mark. The word path is Germanic, while pave is from Old French: as far as I’m aware, the words are unrelated. Either way, there’s no verb to pathe.

Non-natives who want to sound more native can learn from this conversation. The consonants /v/ as in pave and /ð/ as in bathe are both weak, especially /ð/, and they sound quite similar. They’re both weaker than /s/ or /z/. Notably, the ending -s is more strongly pronounced than a preceding /v/ or /ð/. Non-natives often under-pronounce final consonants: the later in a word a sound appears, the more weakly they tend to pronounce it. But the ending -s is important in English and should never be skimped. Even if the next word is the, as it so often is, -s remains stronger than the consonants around it.

And, similarly, bathes the child:

The auditory-acoustic similarity of /v/ and /ð/ underlies the increasing tendency of British speakers to replace /ð/ with /v/ non-initially, so that other rhymes with cover and breathe rhymes with leave. I show video examples of BBC presenters doing this in my blog post here.

My interlocutor is certainly not the first person to posit a verb pathe. Mitko Sabev has kindly forwarded an entry for it from the Oxford English Dictionary, which contains this:

Etymology: Apparently a variant or alteration of another lexical item. Etymons: PAVE v.
Apparently a variant of PAVE v., probably by association with PATH n. Compare PAITHMENT n., PATH v., PATHING n. Examples from before the 20th cent. not having the -ed or -ing form are rare, so that the spelling and pronunciation of the base form are unclear; but compare PAITHMENT n., with Middle English long ā and its later reflexes. In recent use the base form (with and without the 3rd singular present ending -s) has been spelt pathe, implying the pronunciation /peɪð/.
Now colloq. (nonstandard).

Google currently finds about eight and a half million results for “pave the way”, about 3,750 for “pathe the way”.