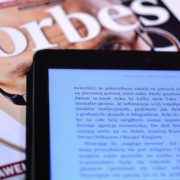 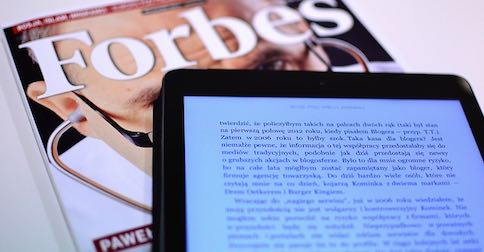 The pronunciation of his family name, which comes from his Cuban stepfather, is not straightforward for English speakers, on either side of the Atlantic. Here’s how he says it himself:

In the first syllable of Bezos he uses his FACE vowel, as in baby and basic, and in the second syllable he uses his GOAT vowel, as in zodiac and Amazonian. (The American GOAT vowel is often transcribed as /oʊ/, but like many Americans Mr Bezos pronounces it with quite a ‘fronted’ vowel.)

Americans commonly pronounce the ending -os with the GOAT vowel, in words like cosmos, Carlos and Barbados. And they’re consistent in choosing this vowel for Bezos. However they’re not so sure about the e in the first syllable – most use FACE, as Mr Bezos himself does, but others use FLEECE (as in Zambezi) or DRESS (as in embezzle):

Brits, on the other hand, practically never use their GOAT vowel in the ending -os. In words like cosmos, Carlos and Barbados, they use their short LOT vowel (usually transcribed /ɒ/), as in boss and across. Unsurprisingly, some of them use this vowel in Bezos too:

But Bezos is a rare name, quite unknown to most Brits until they heard Americans talking about the founder of Amazon. And so, very unusually, some Brits copy the American pronunciation and pronounce this particular -os with their GOAT vowel:

Kudos, used as expression of congratulations or respect, comes like cosmos from Ancient Greek, where it meant ‘glory’. As expected, Brits pronounce the -os of kudos like the -os of cosmos, with their LOT vowel:

But something odd has happened to this word in American English. For many Americans, kudos doesn’t follow the pattern of cosmos, Carlos, Barbados and Bezos. Rather, it’s been reanalysed as a plural, perhaps by analogy with congratulations. This means that the final s is pronounced as a z, as in photos and commandos:

The plural use of kudos is illustrated by these phrases:

There are no kudos, there are no laurels, no awards
Kudos were given to…
The kudos go to all of you.

And it can even be heard turned into a countable singular, without the ‘plural’ -s ending:

…waiting for that, that kudo.

Not all Americans treat kudos as a plural. Some give it the same final s as cosmos and Bezos:

But it can still be treated as a countable singular, with an indefinite article:

…to give a kudos to David

whereas kudos is uncountable in British English, roughly equivalent to ‘respect’. In the US it’s even possible to hear kudos used as a countable singular, but pronounced with a final z like a plural:

One rainy day
Scroll to top