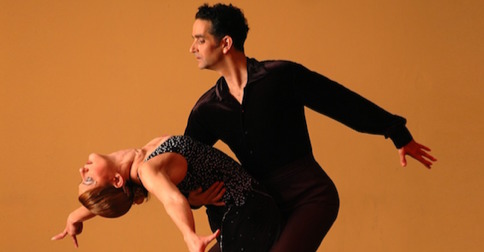 Politics and ‘reality’ television are mingling these days. The American Republican Party is reeling from the insurgency of Apprentice star Donald Trump, while last year’s rout of the British Labour Party has propelled Shadow Chancellor Ed Balls first to the BBC’s Sport Relief Great British Bake Off and now to its Strictly Come Dancing (the format of which is exported internationally as Dancing with the Stars).

Strictly, as the show is widely known, is one of a small number of words containing the sequence ctl, most of which end in -ly. By far the most common are the four words perfectly, exactly, directly and strictly.

The t in the sound sequence ktl is liable to be weakened or lost altogether. It can sound over-careful and rather artificial when the t is clearly pronounced, as it is by this speaker (with -tly repeated):

membership is strictly by invitation only

It’s far more common, even in quite careful speech, for native speakers to articulate the t weakly or not at all, so that strictly can sound like strickly:

(Notice how the last speaker is unusually careful about exploding the t in it and the p in steepness, but not the t in directly.)

The process which can weaken or eliminate the t in words like perfectly can also apply to words like firstly and phrases like first class. Please see my post First class box sets. A key factor is that the consonant before the t shares its voicelessness.