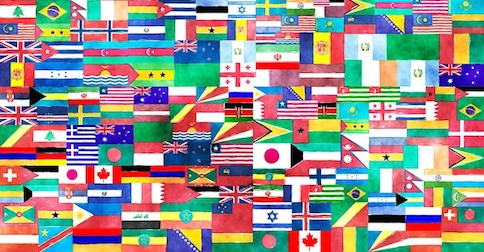 In my experience, non-natives often mispronounce the word national. They wrongly assume that the first part is pronounced the same as the word nation.

In native pronunciation, however, nation has the long a of face, day and major, while national has the short a of trap, fashion and passion. Here are the two words, each followed by its first part:


(In the transcription of Oxford Dictionaries, these are /ˈneɪʃ(ə)n/ and /ˈnaʃ(ə)n(ə)l/. The parentheses indicate that the weak schwa sounds may not be sounded at all.)

So nation rhymes with station, location and situation (in fact with all words that have the suffix -ation), while national rhymes with rational, irrational – and not much else. You might say it’s quite an irrational pronunciation.

Note that ration also has short a. There are only three common 2-syllable words ending -ation, namely nation, station, ration, and ration is the odd one out: /ˈraʃ(ə)n/.

As Eric Armstrong (@voiceguy on Twitter) points out, American English allows ration to be pronounced with the short a or, alternatively, with the long a like nation and station. The short variant /ˈræʃən/ is the first or only variant given in the American dictionaries I’ve consulted.