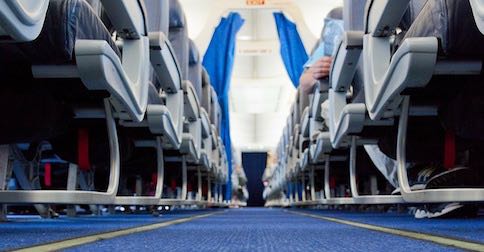 On a recent flight I was told not to blog the aisles; but recklessly I’m going to blog anyway.

Of course the intended phrase was Do not block the aisles. The flight attendant was Polish, though the phonetic phenomenon in question is also characteristic of Russian and other Slavic languages, as well as Dutch. But don’t click away if your mother tongue is different, because the challenge which English presents is one that applies widely, in fact to a clear majority of those I teach.

One of the things that makes English so tricky is its large number of contrasting consonants in final position. The majority of those I teach find this challenging. For example:

In other words, pay attention to the final consonants of English, and practise the difference between