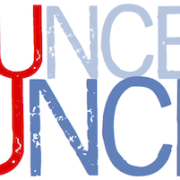 Pronunciation is a word which few non-natives pronounce natively. For a video tutorial on this word, click here. For a bit more detail, carry on reading.

Sometimes when I begin one of my short courses, a participant tells me that I’ve made a mistake in my printed materials, omitting the letter o from pron_unciation. But this isn’t a mistake: pronunciation is the standard form of the word, and you’ll find it as such in any English dictionary.

It’s a matter of sound as well as spelling. The verb pronounce has the vowel of MOUTH, as in noun:

But pronunciation has the vowel of STRUT, as in nun:

Non-natives typically make two other mistakes with the word pronunciation, one with stress and one with syllables. Many non-natives begin the word with a strong stress, saying PRO-noun-ciA-tion, something like:

Natives, on the other hand, give the word a weak beginning, with the colourless vowel ə, saying prə-NUN-ci-A-tion. In other words, although natives have different vowels in pronounce and pronunciation, they keep the same weak-strong stress pattern: prə-NOUNCE, prə-NUN.

The other common non-native habit is to say -cia- as one syllable, roughly as if it were shay. The letter sequence -cia- is monosyllabic when it’s in a weak ending, eg special, technician and Patricia. But in the word pronunciation, -cia- is two syllables, sounding more like C.A. (Phonetically, we could transcribe it sɪjɛj.) So pronunciation is a five-syllable word, weak-strong-weak-STRONG-weak, with the main stress on the syllable before -tion (which is true of all -tion words). Non-natives should practise the rhythm da-DA-da-DA-da, and then transfer it to prə-NUN-ci-A-tion:

This rhythm, with a weak beginning and alternating weak-strong syllables, is very common in English.

It’s true that many native speakers use the non-standard form pronounciation, in both writing and speech. Google makes it easy to find examples. Here the campus store of Utah State University lists the Cambridge English Pronounciation Dictionary. The British author of this video on Old English both writes and says pronounciation. (Several of the YouTube commenters correct him.)

Nonetheless, whether they use standard pronunciation or non-standard pronounciation, natives generally say this word with the rhythm da-DA-da-DA-da. If you want to sound more native you should definitely practise this rhythm. It can be heard in countless phrases like United Kingdom, Barack Obama, a cup of coffee, tyrannosaurus, the Queen of England, tomato ketchup, A Christmas Carol, phonetic symbols, the Deathly Hallows, it’s now or never, Professor Higgins, etc etc.

Pronounce and pronunciation aren’t the only pair of words with this vowel difference. We have others like

although the spelling doesn’t show the difference. (Aside from southern and southerly, common words in which ou is pronounced as the STRUT vowel include country, couple, double, Douglas, rough, touch, tough and young.)

The explanation for the vowel difference lies centuries ago. The ou of pronounce once sounded much as it does in French, eg voulez-vous. It was a long vowel, uː, but when -iation was added to pronounce, the uː was shortened to u or ʊ (much as pronunciation still sounds in the North of England). Later changes transformed long ou and short u into the modern standard vowels of noun and nun heard in North America and Southern England today.

Yeah…she yells at me a lot
Scroll to top