You are here: Home1 / words 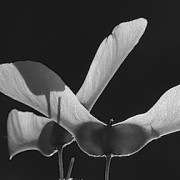 This Wednesday is the birthday of late American photographer Robert Mapplethorpe, who would have been 69. Aside from his controversial photographs, he’s of phonetic interest because his name breaks a useful spelling pronunciation rule.

Mapplethorpe is pronounced as if its first part were maple, containing the long/tense vowel of may, make and main.

This is bizarre, because of the double p in the spelling. When an English word is written with a double stop consonant (pp, bb, mm, tt, dd, nn, gg), a preceding single vowel letter is pronounced short/lax, and not long/tense. Here are examples containing a, e, i, o, u, with transcriptions from Oxford Dictionaries:

So Mapple- should rhyme with apple, but instead it sounds exactly like maple /ˈmeɪp(ə)l/. This feature of Mapplethorpe’s spelling is striking enough to cause puzzlement among native speakers. Here’s an extract from The Independent newspaper’s review of a 2011 exhibition:

The only hint of controversy at Wednesday’s private view was over how to pronounce Mapplethorpe’s name. Two men engaged in heated debate as they scaled the Hayward ramp beneath a line of the artist’s portraits. “It’s May-pul-thorpe.” “If it’s May-pul-thorpe, how come it’s got two Ps?”

Some borrowed words and foreign names are (or may be) pronounced with long/tense vowels despite being written with a following double stop consonant, eg latte, pitta, prosciutto, Goebbels, Sinitta.

Double consonant letters should not themselves be pronounced long in English (as they are for example in Italian and Finnish). There’s no length contrast in the English consonant system.