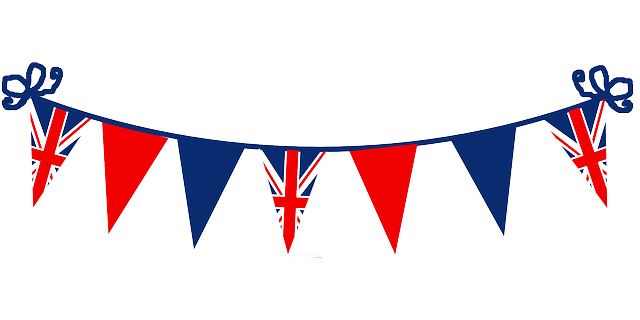 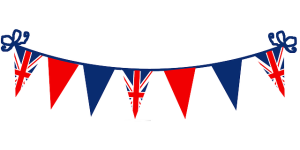 This weekend Britons will be sitting down to eat and drink in the rainy streets, to mark the 60 years since Elizabeth II was crowned in an era when such cheerful endurance was expected as a norm. Tesco, the UK’s largest supermarket chain, is doing its bit by advertizing cut-price party food in the style of the 1950s.

Britain didn’t actually allow TV advertizing in 1952, but these retro ads do feature an elaborate and comical recreation of Received Pronunciation vowels. These days we rarely hear on TV this bygone vowel system which Brits now find so amusing, and I thought non-Brits might enjoy a few illustrations.

Unsurprisingly, the ad features several examples of the RP TRAP vowel [æ], which always gets attention when Brits recreate the posh talk of yesteryear. Here, from the ad, are smashing range of things followed by and these strawberries:

The contemporary standard BrE vowel (as I’ve described more extensively in another post) is simply [a]. This is a more natural vowel than the non-cardinal [æ], in the technical sense of occurring far more commonly in the world’s languages, and is therefore easier to learn. Here is Daniel Jones demonstrating [a], followed by smash and and from the online Macmillan and Cambridge dictionaries:

(Note, however, that the dictionaries transcribe these and the other words in this post with the vowels of the 1950s, not with the phonetic qualities of their more contemporary audio clips.)

An nice illustration of the shift from [æ] to [a] occurred during last year’s royal wedding vows, when the Archbishop of Canterbury’s old-school C[æ]therine was followed by Prince William’s more contemporary C[a]therine:

RP’s DRESS vowel [e̞] was also closer than its contemporary value, as demonstrated by sixty percent and yes from the ad:

The contemporary FACE diphthong also begins with [ɛ], whereas in RP it was a much narrower diphthong, [e̞ɪ]. Compare reign from the ad and from Cambridge online:


The RP PRICE diphthong [aɪ] also began further “clockwise” in the vowel space than it does today, as parodied in right royal knees-up:

The contemporary diphthong begins further back, with a quality better transcribed as [ɑ]. Compare the ad’s right royal with right from Macmillan online:


The ad also contains a beautiful parody of the [ɪ] ending of RP’s diphthongs, when this actress produces the old-fashioned exclamation I say!

Today this [ɪ]-ending is comically quaint, especially phrase-finally. The contemporary FACE and PRICE diphthongs are more accurately represented as [ɛi/ɛj] and [ɑi/ɑj].

Another marked feature of RP was its centring diphthongs. As I’ve discussed in other posts, SQUARE is now a monophthong like NURSE, START and NORTH; NEAR is now widely monophthongal or disyllabic, like WIRE and SOUR; while CURE has disintegrated into a range of possibilities, none of which is well described as a centring diphthong. But the Tesco ad nicely recreates the old [ɪə] when a celebrating crowd calls out cheers:

The old-fashioned glide from short [ɪ] to (prolonged) [ə] is quite audible even when shouted by a crowd. Contemporary NEAR is generally heard either as a sequence of FLEECE + schwa, or ‘smoothed’ as a monophthong, [ɪː]. Conveniently, the Cambridge and Macmillan dictionaries demonstrate both of these options – Cambridge giving us the FLEECE + ə option, Macmillan the smoothed monophthong: 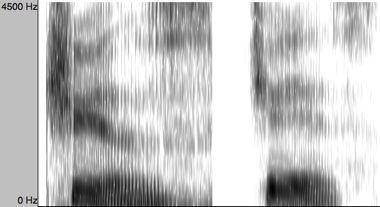 In my post on SQUARE, I suggested that young actors today are unable or unwilling to produce RP vowels even in period dramas where they would be historically appropriate, such as Downton Abbey. The painstaking vowel recreations from Tesco show that my point should be qualified: clearly, directors can get these vowels out of performers if they really want to. The difference, of course, is that dramas like Downton Abbey are meant to be taken seriously, whereas the Tesco ad is meant to be silly, which it certainly is.

So [tʃɪəz] to Tesco for demonstrating that the RP vowel system – still enthroned in our dictionary transcriptions after 60 glorious years – strikes contemporary Brits as pretty funny.