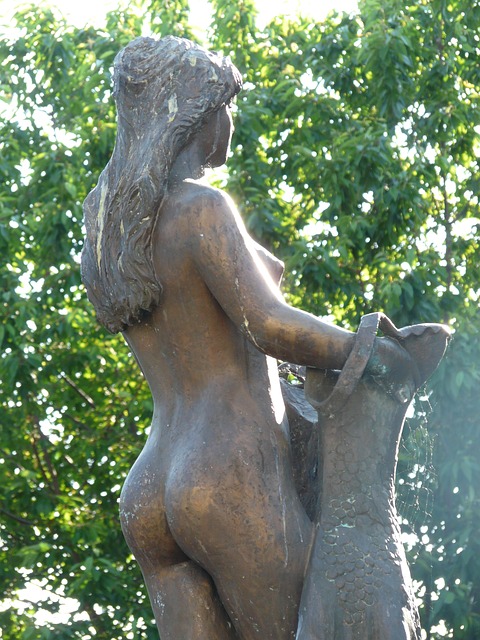 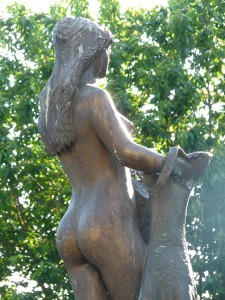 This blog is primarily about speech sounds and their patterning. Symbols are secondary – abbreviatory subsititutes for actual sounds and categories of sounds. But here for a change is a brief transcriptional discussion.

Symbols need to be clear in meaning: users should agree on the sound or sounds for which a given symbol is a substitute. And symbols should be clear in form, so that they’re not confused with each other.

One sound that I refer to is a raised, rounded version of schwa, a sound rather like the typical “schwa” of French. As I mentioned in another post, it’s common as a contemporary pronunciation of the English FOOT vowel. Many learners of English have a FOOT which is too much like u, and I find they often get a better result by modifying an English schwa (they must develop a good schwa, after all), or by directly imitating the schwa of French, as in le, which many people have in their “mind’s ear”.

I also find that this sound can make a good starting point for the English GOOSE diphthong. Many younger speakers have a very front GOOSE vowel, but I think a fairly neutral version starts more centrally (often a bit higher than FOOT) and glides further back, in the direction of u/w. Here, from the Macmillan online dictionary, are loo and moo, followed by their initial portions, which sound not unlike the beginnings of French leçon and menu (from Collins online):


There are suggestions that this kind of vowel may be present in other linguistic systems, such as Dutch, and other accents of English (e.g. Australian NURSE and Tyneside GOAT).

The current IPA symbol for a rounded close-mid central vowel is ɵ, a barred o, for which my mnemonic is Bardot (think lips).

Some users dislike the Bardot symbol on the grounds that it looks rather too much like its more famous phonetic neighbour ə, the rotated e which is solidly established as the symbol for “plain” schwa – an unrounded mid central vowel. The Lucida Grande font keeps schwa and Bardot pretty distinct, but they’re less distinguishable in more basic fonts like Arial, especially in small font sizes: ɵə.

As an alternative to Bardot, one could use the front symbol ø (with a garnish of centralization if desired, ø̈); I doubt that ø and ɵ are fully contrastive anywhere. So BrE look could be transcribed as løk, Australian nurse as nøːs. But to let a descriptive choice be influenced by symbol shape would strike me as a case of the tail wagging the dog.

Surely a better option would be to replace Bardot with a better symbol. Of course I don’t mean submitting a new creation to the Unicode Consortium. What we need is a nice, distinct, memorable symbol that’s already in the system but happens to be unemployed and available for work.

It seems to me that a suitable candidate exists in the IPA Extensions block, where it’s been languishing on the substitute bench since 1989. I’m referring to U+0277 (just two digits up from Bardot), LATIN SMALL LETTER CLOSED OMEGA or, as it used to be known to phoneticians, buttocks: ɷ.

The reason that phoneticans used to be familiar with buttocks is that for some time it was a rival of ʊ as a symbol for the near-u-but-not-quite of classical RP FOOT, German kapUtt, north of England STRUT, etc. Here’s a portion of a vowel chart from Ladefoged’s A Course in Phonetics, an early edition from my student days before the lucky horseshoe won out: 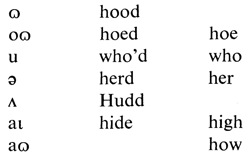 What we could conceivably do, therefore, is to retire Bardot and “reboot” buttocks as the rounded close-mid central vowel – a modest hop away from its value of yesteryear. Modification of this kind is not totally unprecedented: some years ago the slightly shiftless symbol ɜ found itself reinvented as the “open-mid central unrounded” vowel of the modern IPA chart. Besides, an entire generation of scholars has now grown up without buttocks, and will have little cause for confusion in any future work. A Google search on ɷ produces practically nothing of a phonetic nature. (Regarding older literature, phonetic researchers always have to be braced for unfamiliar symbol usage.)

This would mean, for instance, that we could transcribe the backer kind of FOOT as ʊ, and the fronter kind as ɷ, e.g. Australian gʊd, standard BrE gɷd. Regardless of its usefulness or otherwise in English, any linguist who wanted to notate a rounded close-mid central vowel would be able to do so without fear of confusion with schwa.

Anyone in favour of re-submitting buttocks to the IPA?