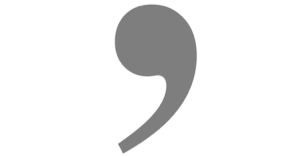 One of the big differences between native speakers of English and non-natives is that non-natives don’t use contractions nearly as much.

This is related to the tendency for foreign languages to be taught in their written form. Contractions aren’t used in formal writing, for instance in academic journals. They can be seen here and there in newspapers: I’ve just glanced at a copy of the Guardian and found “there’s also Osborne the pragmatist” and “you don’t have to look far to see which banks will pay more”. But contractions are relatively rare in print.

By contrast, they’re a basic part of spoken English. I adopt a fairly conversational style in my website, and that’s why you’ll find quite a lot of contractions here.

I’m always getting myself into trouble… That’s the point of democracy… We don’t have enough of it.

It’s pretty cool… Why can’t I find a play… If they don’t make a difference, I’ll be home here.

A profession that’s very challenging… You’re asked to use your imagination… Meeting that challenge in a way that’ll hopefully make my peers, my family and my friends proud.

Contractions aren’t always used in speech. Sometimes, eg for emphasis, they are not used. But it sounds extremely formal or stilted to avoid them completely. The Queen might say It is no accident that they are known as the friendly games:

but in more normal speech this would be It’s no accident that they’re known as the friendly games.

The main categories of contractions