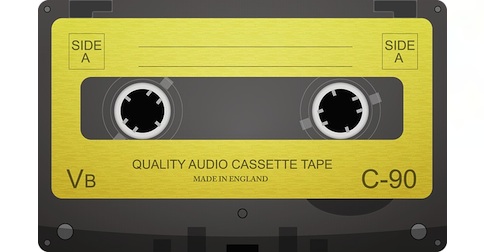 I was reminded while teaching this week how tricky the word audio is, but how instructive it can be. When non-natives pronounce this word in English, they can be misled by the spellings of the first and last vowels. The spelling au suggests a complex vowel that changes in quality (a diphthong); the spelling o suggests a simple, pure vowel that doesn’t change (a monophthong). But in English the reverse is true.

The vowel at the beginning of audio is a pure monophthong, known as the THOUGHT vowel because it’s the vowel in the word thought. This vowel is most commonly shown in dictionary transcription as /ɔː/ (British and ‘Eastern’ American) or as /ɑː/ (‘Western’ American). These symbols indicate long vowels which don’t change in quality. Here I am saying BrE audio, normally then with a prolonged first vowel to demonstrate how unchanging it is:

The vowel at the end of audio is a diphthong, the GOAT vowel (yes, it’s the vowel in the word goat). It’s most commonly shown in dictionary transcription as /əʊ/ (British) and /oʊ/ (American). These symbols indicate the different qualities at the start and end of the vowel. Here I am saying BrE /əʊ/, first at normal speed, then prolonged to reveal the change in quality from an ə-type sound to an u-type sound:

Here are some transcriptions of the word audio from online dictionaries. They’re all different, but at least they all agree that the first vowel is a monophthong, and the last vowel is a diphthong:

The word audio is actually quite consistent with generalizations of spelling and pronunciation in English. Hundreds of words end with the final letter o pronounced as the GOAT diphthong:

but au is not pronounced with the GOAT diphthong – except in French borrowings like: