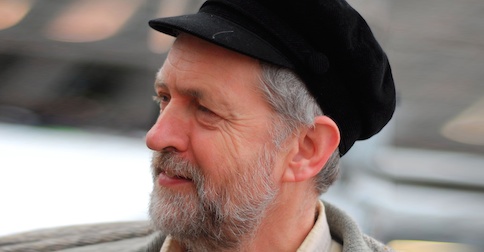 The week began with major figures in Britain’s Labour Party refusing to serve in the shadow cabinet of Jeremy Corbyn, their new left-wing leader. London’s Evening Standard newspaper told us that

Chuka Umunna stood down as shadow business secretary complaining the new leader had refused to give him an “wholehearted” assurance he would not campaign to stay in Europe.

An wholehearted assurance? I think many native speakers would agree that an looks a bit odd here and feels even odder to say. The indefinite article is generally a before a consonant (eg a child) and an before a vowel (eg an adult), and whole begins with the consonant /h/.

We do sometimes find an used before h in adjectives like historic, hilarious and hysterical, and nouns like historian, horizon, and hallucination. This is related to stress. English /h/ is /h/appiest in stressed syllables. By contrast, in unstressed little words like he, her, him, /h/ is often weakly pronounced or dropped altogether – even in careful speech – so that we hear eg What did you /gɪv‿ɪm/ (give him)?

The first syllable of words like historic is similarly unstressed, and the weakness of the /h/ there encourages the use, by some at least, of preceding an rather than a. Personally, I find it a bit more comfortable to drop the /h/ and say /ən‿ɪ/storic event

but the latter is perfectly standard contemporary English.

So what about wholehearted? Its main stress is on the middle syllable. If I type ‘wholehearted’ into Google, I’m presented with this:

which suggests that the first syllable whole- is unstressed. But whole- is not fully unstressed; many dictionaries give it a secondary stress mark, eg /ˌhəʊlˈhɑː.tɪd/. Furthermore, in a phrase like wholehearted assurance, whole- may well be more prominent than -hearted (thanks to the phenomenon known by names such as ‘the rhythm rule’ or ‘stress shift’):

which makes the use of an before it seem rather odd. The simplest recommendation for non-natives, I think, is always to use a, not an, before the sound /h/ (as in happy, historic and wholehearted but not in hour or honest, where the letter h is silent). This is always correct.

To some extent the use of an before /h/ is a/an historic hangover. It seems that a century or more ago /h/ was never pronounced in unstressed syllables, so the h in historic was as silent as the h in hour or honest. Gradually such h‘s began to be pronounced.

A few years back John Wells’s blog discussed the similar case of an homosexual.